Vtape’s administrative, creative and technical employees are some of this country’s most knowledgeable in the field of distribution. Vtape staff are practicing artists, bringing with them personal experience in the areas of technology, production, promotion, dissemination and exhibition. 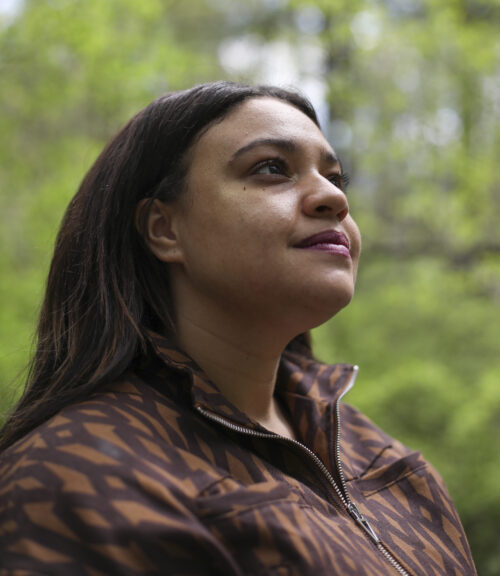 Kiera Boult is an interdisciplinary artist and performer from Hamilton, ON. Boult’s practice utilizes camp and comedy to skeptically address issues that surround the role and/or identity of the artist and the institution. Her most recent performance Hamilton’s My Lady (2022) was a part of the 2022 7A*11D performance art festival and Supercrawl – Hamilton’s Music + Arts Festival. In 2019, Boult received the City of Hamilton Arts Award for Emerging Visual Artist. Her work has been exhibited at the Art Gallery of Ontario, the Art Gallery of Hamilton, and Artcite Inc. Windsor. She holds a BFA in Criticism and Curatorial Practice from OCAD University and is currently Vtape’s Submissions, Collections & Outreach Coordinator. 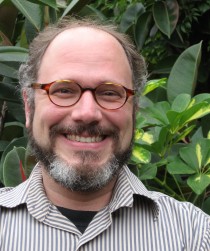 Finance Manager Chris Gehman is a filmmaker, curator, educator and critic. His film Dark Adaptation (2016) premiered at the 2016 Toronto International Film Festival and screened at the 2017 Berlinale. Chris was the Artistic Director of the Images Festival from 2000 to 2004, and has also worked as a programmer for Cinematheque Ontario and the Toronto International Film Festival. As an independent programmer he has organized screenings for venues including Experimenta (Bangalore), B92/Rex Cultural Centre (Belgrade), the Winnipeg Film Group/Manitoba Cinematheque, Image Forum (Tokyo), Lago Film Fest (Italy), and the Ann Arbor Film Festival (USA).

Chris was editor of the anthology Explosion in the Movie Machine: Essays and Documents on Toronto Artists’ Film and Video (LIFT & Images Festival, 2013) and co-editor, with Steve Reinke, of the critical anthology The Sharpest Point: Animation at the End of Cinema (YYZ Books, 2005). He has written on the work of Simone Jones, Philip Hoffman, Janie Geiser, Lindsay Page and John Porter for critical anthologies and exhibition catalogues, and his writings on experimental media have appeared in periodicals such as Millennium Film Journal, Cinema Scope, Take One and Broken Pencil. He has served on the boards of directors of a number of media arts organizations: the Hand Eye Society (2015-19); Images Festival (2006-09); Canadian Filmmakers Distribution Centre (President, 1999-2001); and the Board of Directors/Programming Collective of Pleasure Dome (1994-97). 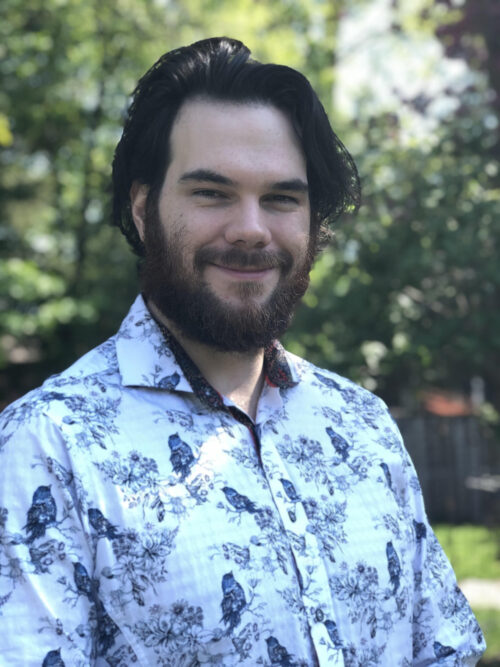 An Ojibway of Saugeen First Nations raised off-reserve in southern and northern Ontario. Dustin graduated from Toronto Film School with a diploma in Film Production in 2015. Soon after he worked in Production and Post Production for Big Soul Productions Inc. (2015-2017) most notably as the Digital Asset Manager and Assistant Editor for season 2 and 3 on “Derek Miller’s The Guilt Free Zone” (APTN), as a first Assistant Camera and Digital Asset Manager on the CBC Short Doc “The Secret Path: In The Classroom” and as an Assistant Editor on the digital content for APTN’s docu-series “AskiBoyz”.

He has held full-time positions at the imagineNATIVE Film and Media Arts Festival as the Industry Assistant and is currently the Technical and Distribution Coordinator at the artist-run distribution centre Vtape, where he works closely with artists on the presentation/distribution of their work.

In 2018 he was the cinematographer for Artist Judith Schuyler’s Experimental Short Film “Onyota’a:ka khale Tsi’tkaluto” which premiered at the 2018 imagineNATIVE Film and Media Arts Festival. 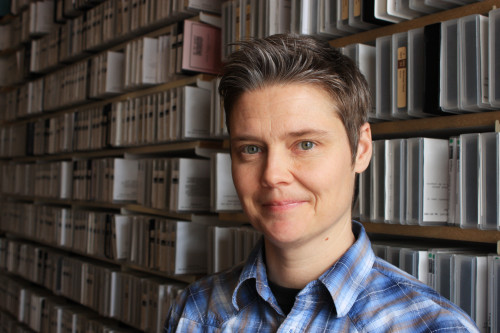 Deirdre Logue holds a BFA from the Nova Scotia College of Art and Design and an MFA from Kent State University. Her works have exhibited in galleries and festivals internationally, including at the International Film Festival Rotterdam, Museo Nacional, Buenos Aires, the Art Gallery of Ontario, the British Film Institute, Digital Arts Week, Singapore, Centre d’art Contemporain, Basse-Normandie, France, the Cinema Project in Portland, Oregon and as part of CUE, Artists Videos, the Vancouver Art Gallery. Spotlights on her work have taken place the Berlin International Film Festival, EXiS Festival in Seoul and at the FKX Festival of Media and Performance, in Stuttgart, Germany. Logue was the 30th Anniversary Canadian Spotlight Artist at the 2017 Images Festival of Independent Film and Video.

Logue has contributed over 25 years to working with artist-run organizations dedicated to media arts exhibition and distribution. She was a founding member of Media City, the Executive Director of the Images Festival, Executive Director of the CFMDC and is currently the Development Director at Vtape. She has been dedicated to working at the Independent Imaging Retreat (the Film Farm) in Mount Forest Ontario since 1997 and directs the Feminist Art Gallery with her partner and artistic collaborator, Allyson Mitchell. 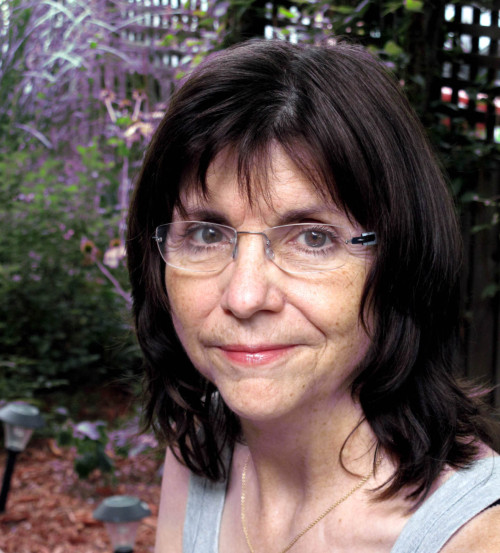 Lisa Steele works in video, photography, film and performance as well as writing and curating on video and media arts. Steele’s videotapes have been extensively exhibited nationally and internationally, at venues including the Venice Biennale (1980), the Kunsthalle (Basel), the Museum of Modern Art (New York), the National Gallery of Canada, the Institute of Contemporary Art (Boston), the Vancouver Art Gallery, and the Long Beach Museum. Her videotapes are in many collections, among them: the National Gallery of Canada; the Art Gallery of Ontario; the Museum of Contemporary Art (Houston, Texas); Ingrid Oppenheim; Newcastle Polytechnic (England); Paulo Cardazzo (Milan); the Canadian Embassy (Tokyo); and the Akademie der Kunst (Berlin).

Since 1983, Steele has worked exclusively in collaboration with Kim Tomczak, producing videotapes, performances and photo/text works. They have received numerous grants and awards, including the Bell Canada Prize for Excellence in Video Art, administered by the Canada Council for the Arts, the Peter Herndorff Award for Media Arts through the Toronto Arts Awards, and, in 2005, a Governor-General’s Award for lifetime achievement in Visual & Media Arts. They have been awarded two public art commissions, one for an outdoor screen at Toronto’s Dundas Square, and Watertable, a light installation that marks the original shoreline of Lake Ontario.

Steele is a co-founder of Vtape and teaches at the University of Toronto, where she is the Director of the Visual Studies program in the Daniels Faculty of Architecture, Landscape and Design. Steele and Tomczak were awarded an Honorary Doctorate by the University of British Columbia (Okanagan) in 2009. 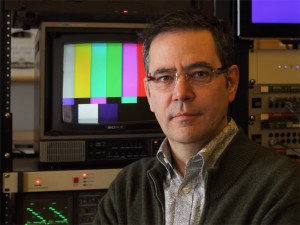 Kim Tomczak is a multidisciplinary artist primarily known for his work in performance, photography, and video. Born in Victoria, BC in 1952, he graduated with honours from the Vancouver School of Art (now the Emily Carr Institute of Art & Design) in 1975. His work has been shown extensively both nationally and internationally, at venues including the Paris Biennale; the Canadian Cultural Centre (Paris); the Video Biennale (Vienna) – where he received first prize for a tape co-produced with Lisa Steele – as well as the Musée des Beaux Arts de Montréal; Documenta 8 (Kassel, Germany); and the Centre Georges Pompidou (Paris). His work is in many collections, including the National Gallery of Canada, the Art Gallery of Ontario, the Vancouver Art Gallery, the Institute of Contemporary Art (Boston), and Oakville Galleries.

Since 1983, Tomczak has worked exclusively in collaboration with Lisa Steele, producing videotapes, performances and photo/text works. They have received numerous grants and awards, including the Bell Canada Award in Video Art, administered by the Canada Council for the Arts, the Peter Herndorff Award for Media Arts through the Toronto Arts Awards, and, in 2005, a Governor-General’s Award for lifetime achievement in Visual and Media Arts. They have been awarded two public art commissions, one for an outdoor screen at Toronto’s Dundas Square, and Watertable, a light installation that marks the original shoreline of Lake Ontario.

Recent exhibitions of their video and photo/text works include a major survey at the Wharf Centre d’art Contemporain de Basse-Normandie, and group exhibitions at the Museum of Contemporary Canadian Art (Toronto), Le Mois de la Photo (Montréal), and the Toronto International Film Festival’s Future Projections series. An exhibition of their newest installation work, The Long Time: the 21st Century Work of Steele + Tomczak, curated by Paul Wong, was exhibited in Vancouver in 2012 and tours other Canadian centres in 2013-14.

Tomczak is a co-founder of Vtape and teaches at the University of Toronto in the Visual Studies program, Daniels Faculty of Architecture, Landscape and Design. Steele and Tomczak were awarded an Honorary Doctorate by the University of British Columbia (Okanagan) in 2009. 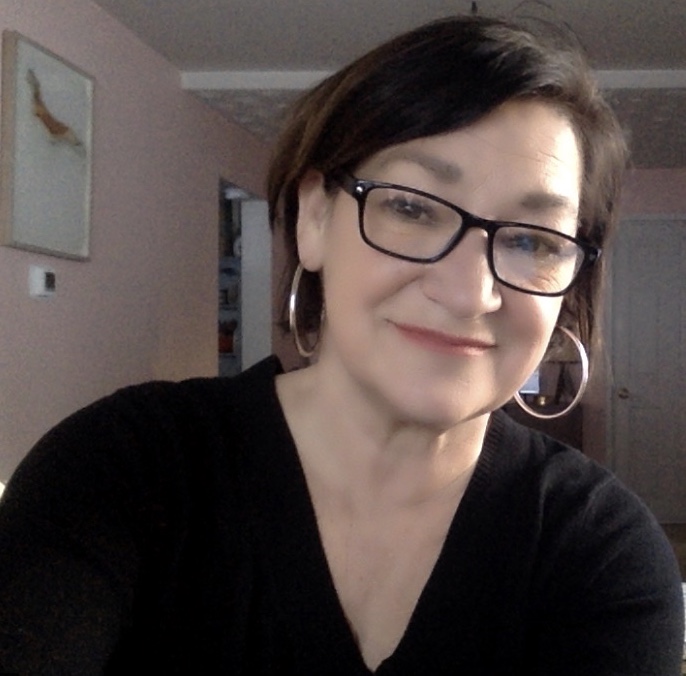 As Distribution Director, Wanda vanderStoop provides continuing support to all of Vtape’s 1,000-plus artists (representing more than 5,000 titles) when marketing their independent projects, acting as a liaison between the artists and museums, festivals, broadcasters, educational institutions, and mobile media platforms by promoting screenings and sales of artists’ independent productions.

Representing Vtape and its artists at international festivals as panelist and presenter/curator, Wanda participates in markets such as the International Film Festival Rotterdam, LOOP Barcelona, Rencontres Internationales Paris/Berlin/Madrid, and many others. She brings with her a dynamic cross-section of independent Canadian programs, focused on reaching out to international markets and creating greater exposure for Canadian video art.

A graduate of X University’s Image Arts New Media program, Wanda has worked with a number of arts organizations, participating on boards of directors and programming committees, festival juries and has provided programming and consultation for many others. Wanda is a member of the international DINAMO Distribution Network, an international alliance of non-profit distributors. She is a committed advocate for artist’s rights and fees and contributes to the policy consultation process on changing methods of dissemination in tape and digital media.