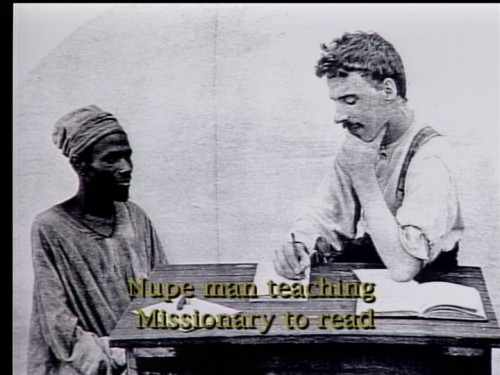 Into the Heart of Africa

In 1990 a controversy erupted in Toronto around the Royal Ontario Museum's exhibit Into the Heart of Africa. Curated by anthropologist Jeanne Cannizzo, the exhibit sought to tell the story of Africa through the eyes of White Canadian missionaries and soldiers between the years 1875-1925.
A group of Black community activists (The Coalition For The Truth About Africa), outraged at what they deemed to be the racism that pervaded the exhibit, demanded that Into the Heart of Africa be shut down. For months they picketed outside the doors of the ROM insisting that the museum listen to their concerns. The ROM refused to heed their calls. Eventually, a core group of these young activists, who later became known as the ROM 11, were arrested and charged as a result of their protest. In the end, one member of the group, 24 year old University of Toronto history student spent 3 months in jail.
After the exhibit's Toronto run, Into the Heart of Africa was terminated. Influenced by the effectiveness of the Toronto protests, several museums across North America scheduled to host Into the Heart of Africa declined it. Ending the exhibit but not the controversy.