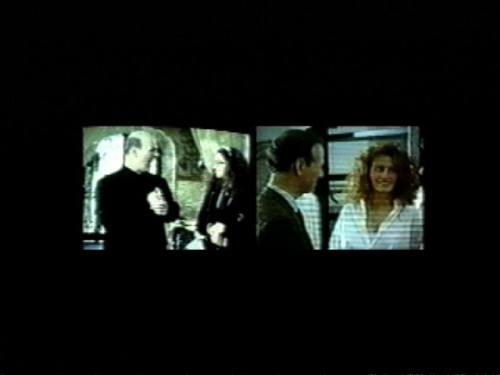 It Happens All the Time

It Happens All the Time is a split-screen single-channel work that deconstructs contemporary media language by analyzing the patterns in Hollywood films. Two blockbuster movies separated by a decade (The Princess Diaries and Pretty Woman) are edited such that the two sides of the screen begin to speak to each other, revealing an entirely new narrative. Events common to both storylines have been extracted and highlighted, resulting in a haunting dissection of the formulaic nature of the business of producing blockbuster movies. Both the films have striking similarities - the same actors in supporting roles, identical transformations in the protagonist, and even the same lines – which are examined in what unfolds as chapters of a video essay.

As these specific moments of congruence become showcased, so does the postmodern female identity as defined by the media. Thus, It Happens All the Time also serves to critique the problematic portrayal of women in contemporary cinema.