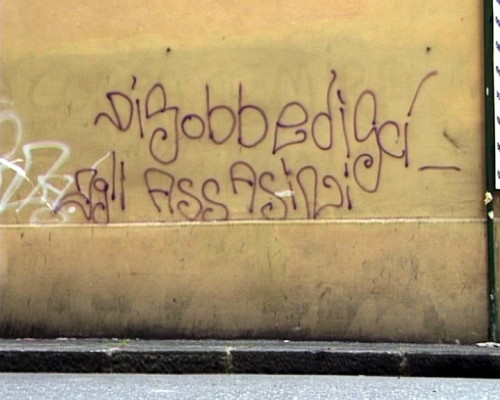 The conversations with the Disobbedienti were carried out in Italian in Bologna and Genoa in July 2002. There are two versions of the video "Disobbedienti," one with German and one with English subtitles.