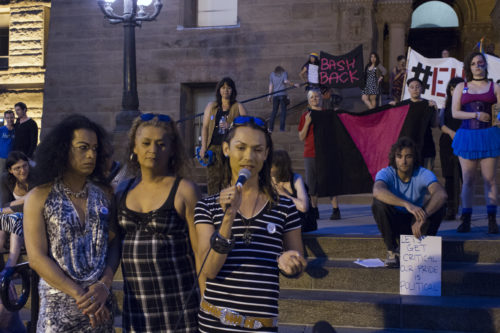 Many North American LGBTQ pride events initially emerged out of sites of revolt and resistance— such as the anti-police riots at the Stonewall Inn in NYC in 1969 and the protests that began after police bathhouse raids in Toronto 1981. Today, however, PRIDE™ is big business. Non-profits formed for the purpose of hosting pride events in cities such as Toronto, San Francisco, and New York sport multinational corporations as sponsors alongside multi-million dollar budgets. But where and how is this money spent? And to what ends?

In Pride Denied, Toronto activists and artists call for a return to prioritizing political activism and community support that characterized the emergence of the contemporary LGBTQ2 rights movement more than 40 years ago.