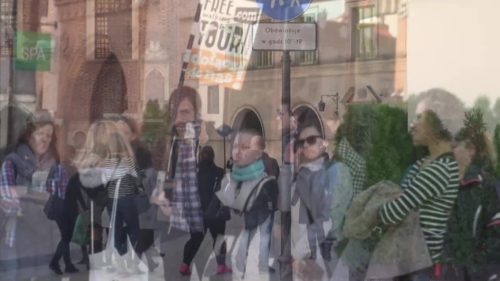 Episode 0: Introduction, 23:03
I confess to an obsession with Polish Performance Art. It is so intense. It is so – Polish!

I began with a hypothesis that Polish performance art’s development was strongly influenced by Tadeusz Kantor http://culture.pl/en/artist/tadeusz-kantor
and Jerzy Grotowski http://culture.pl/en/artist/jerzy-grotowski
and while they are both major contributors to Polish culture, my hypothesis did not really stand up after my meeting and speaking with Polish artists as well as researching and collecting texts, videos and other documentations.

The intensity of Polish performance is more clearly the result of artists’ responses to cultural and political pressures in their explosive history(ies) and experiences of Second World War, Communist Regime of Soviet Union, Solidarność, and Martial Law, etc. Amy Bryzgel says in her 2013 book “PERFORMING THE EAST Performance Art in Russia, Latvia and Poland Since 1980”, that performance in the East was “… a necessity of existence..” and “While artists in the West strove to create art that could not be bought or sold on the market, in the East the creation of a work of art without an object that could make it traceable back to the owner, had a different appeal.”

Performance artists in the ‘70’s and ‘80’s were censored, jailed, silenced, lost their jobs and had to go underground. These artists created intense art works in form and content. Their legacy is embodied by young performance artists today who create art in response to rapidly changing socio-political environments in Poland, our global village and the digital world.

Episode: Introduction is a collection of documentation from my research before and after my trip to Krakow. It contains selections of rare archival footage, ephemera, and photos I acquired with gratitude from Western Front Archives (Vancouver), Cricoteka Museum (Krakow), Éditions Interventions (Québec City), Galeria Labirynt (Lublin), Faculty of Intermedia Academy of Fine Arts (Krakow), the collections of the Artists, and, of course, the worldwide web that we call the internet…

Please Note: My introduction is longer than each episode of Season 4 which is a conversation with artists Antoni Szoska, Peter Borkowicz, Roman Dziadkiewicz, and Artur Tabjer. The lack of gender diversity was not intentional but only due to lack of time and availabilities. I am very keen to return to Poland to talk to more artists and address this imbalance while perhaps exploring the complex place of the Pope and the Catholic Church in performance in Poland.

Dr. Antoni Szaska is a senior lecturer of Sociology of Culture at the Academy of Fine Arts in Krakow. He has a Phd in sculpture and a diploma in graphic arts. Antoni created many performances from 1992 – 2006 including a performance tour to Quebec City. Presently, he is working with what he calls “Post-Artistic Prints (linocuts)” that employ notes, sketches and mantras from his performance scenarios.

Episode 2: Peter (Piotr) Borkowicz 10:55
Peter Borkowicz shares some of his experiences with Polish theatre and culture.

Piotr Borkowicz was born in Krakow in 1951. He moved to Montreal at a young age where he studied theatre and film. In the 60's and 70's, he worked in experimental theatre including Teatr STU in Krakow. Later on in life he became a woodworker and furniture maker. Peter lives in Vancouver where he has a studio where he makes and designs furniture.

Born in Opole (Poland), Roman Dziadkiewicz is graduated of PhD at the Academy of Fine Arts of Kraków, where he currently lives and works. He is a multisensual artist, researcher, activist, songwriter, and occasional artist- curator. Engaged in long term studies, he is involved in interdisciplinary and intersensual projects, actions, workshop strategies, graphic design, text-based projects and also collective activities on the border of art, social and educational spheres. His interests are particularly oriented around the question of challenging and disintegrating the artwork, correlations between daily life, cultural/ ritual, contexts, texts (narrations, history, stories) and politics/publicness.
http://mecanismespourentente.eu/residency-program-11-roman-dzidkiewicz-krakow-poland/
http://culture.pl/en/artist/roman-dziadkiewicz

Artur Tajber, (1953 born) is an intermedia artist living in Krakow and involved in the performance art movement since the mid-seventies. In the late ‘70’s, he began organizational, curatorial and dissident activity as well as travelling outside the Warsaw Pact borders. During martial law he was a co-founder of the KONGER performance art formula. As a Union Activist (Union of Polish Artists and Designers 1979-1999, Independent Self-governing Trade Union of Artists “Solidarity” 1980-1994), he animated activity of Fort Sztuki Association (1996-2007). He is the co-author of a unique programme of education in intermedia. In 2007, he was appointed head of the Department of Intermedia formed at the Academy of Fine Arts (ASP) in Krakow, where he also runs Poland’s first Performance Art Master Studio. In 2012, he became the first Dean of the Faculty of Intermedia.
https://tajber.asp.krakow.pl/Artur_Tajber/A.R.T._trailer.html