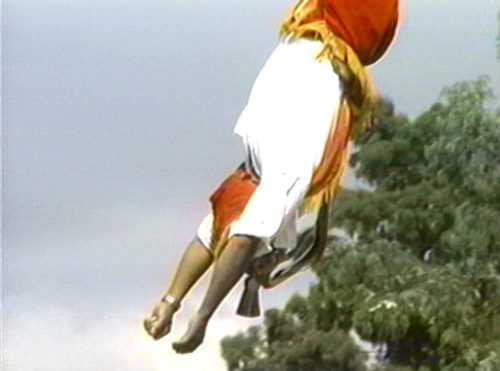 A white New York woman (of Scottish descent) and a Canadian woman (of South Asian descent) are the quintessential post-colonial lesbian-videomaker-tourists. Through well considered framing, not-framing and editing choices the two women attempt to make themselves vulnerable to that elusive space between looking and forming an opinion. This assemblage of extended shots and ambient soundtracks of Oaxaca City (Mexico) is foregrounded alongside hints of a budding love affair between güerita and prietita.
Occasional brief poetic texts sensously reveal the dynamic between High and Mootoo and positions them not so much within the frame as companions along side of it.