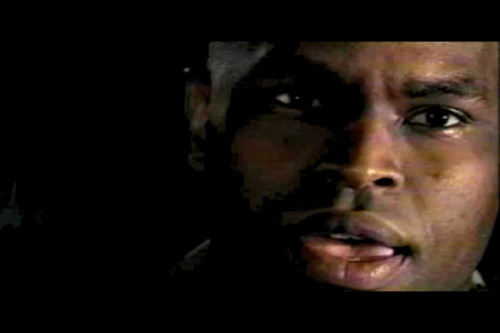 A detourned version of a propaganda film (pointed out to me by Peggy Ahwesh) jointly produced by the US Marine Corps and the US Navy. I downloaded the original from a military website, converted it to DV codec and then reworked it. The original was intended to give the military 'a human face'. This version is intended to expose the manipulations of the original at a critical moment in the historical evolution of the role of the US Military in US Politics. Titles were added at the head and tail and each shot seen exactly twice. The effect produced is reminiscent of the experience of making a long distance phone where by accident every word you say is echoed after a short delay. It is dedicated Len Lye (maker of Lambeth Walk, Nazi style) and Les LeVeque (maker of 'Backwards Birth of a Nation' among others). As von Clausewitz says, "War is the continuation of Politics by other means." This work is intended to inflect the history of information warfare.