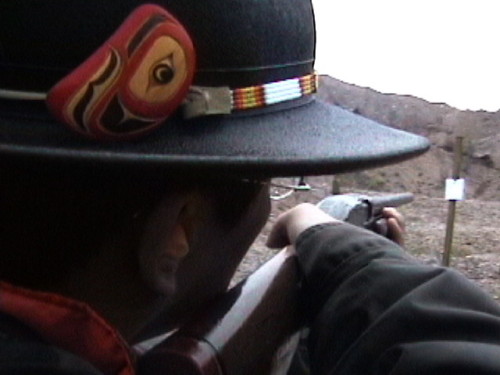 Claude Latour documents a performance by West Coast artist Lawrence Paul Yuxwaluptun, during which he shoots copies of the Indian Act.

In 1997, Yuxwaluptun brought the Indian Act back to its place of origin, Great Britain and symbolically shot copies of the legislation, which has had a profound impact on Aboriginal communities ever since it was passed.

Six years later, the artist completed the circle by shooting the Indian Act once again on Canadian soil on the Kitigan Zibi Anishinabeg territory, with an audience observing and participating in the symbolic destruction of the Act.