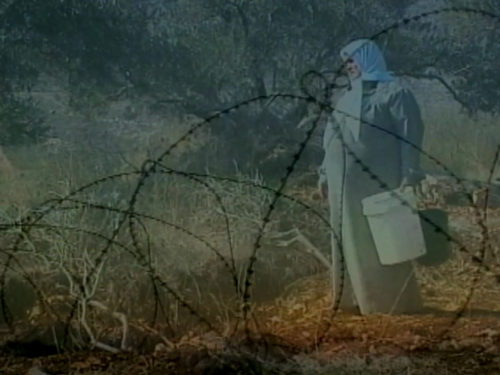 The Hard Pressed Collective is a group of video artists working in support of a just peace in Israel/Palestine.

Since the second Intifada in Palestine and Israel, the olive harvest in the Occupied Palestinian Territories has been disrupted by violence, with Israeli military and settlers preventing Palestinian farmers from bringing in the crop.

Since 1967, more than 200,000 olive trees have been uprooted from Palestinian land by Israeli forces. This has prompted a campaign by hundreds of international and Israeli volunteers to provide protection for Palestinian olive farmers, to help them harvest their crop, and prevent theft and destruction by settlers. The Olive Project: Two Minutes for Peace and Justice is a video contribution to this effort.

Producers from around the world responded to a call to make two-minute videos in solidarity with the Palestinian olive harvest. They could take any angle and draw on any style or approach, but the works had to feature olives, olive trees or olive products. Melding brevity with impact, these veteran artists and first-time videomakers have produced pieces that span the range from documentary to experimentalism, earnestness to irony, wistfulness to militancy, all creative, all olivy.

The Olive Project was produced with support from Charles Street Video and was presented at the 2003 TRANZ <---> TECH: Toronto International Media Art Biennial.