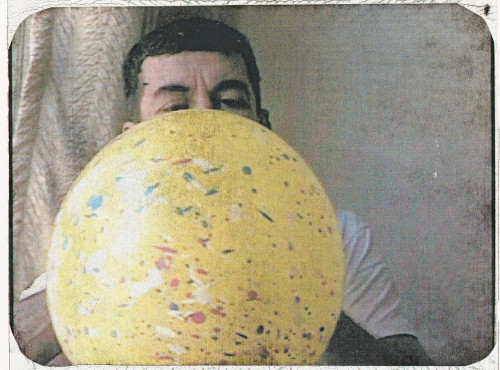 the 1st part of the 2nd half

The 1st part of the 2nd half is a visual poem wrestling with ideas about love and resurrection. It is a handmade film using all of medium’s motifs: the swish pan, the countdown and the sex scene all make an appearance. Masters of experimental film, Andy Warhol, Stan Brakhage and Derek Jarman are quoted. Beginnings and ends are reversed. In the artwork’s initial incarnation all of the oversized frames were installed as filmstrips in a room to create the appearance of a giant trim bin that the the editor/viewer entered. The conceit was casting the viewer as an liliputian editor of an analog film and requiring of them to piece the ‘film’ together in their minds.

In 2015 all the frames were re-shot and animated. There are two versions of the piece.In addition to this version (17:31 minute) gallery version, an additional version is available. It is 40 minute slowed down version with a soundtrack by Mary Margaret O’Hara recorded live during it’s inaugural viewing.