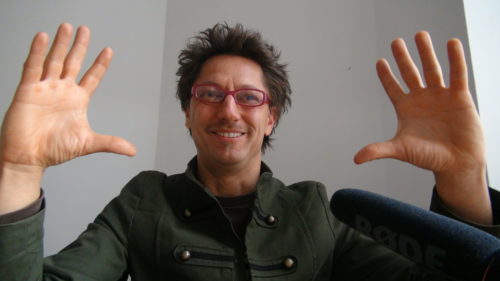 VERB FRAU TV Season 4 ep 1 Berlin 1:20
Verb Frau reports on 23.09.2015, Berlin | The project "Capturing Dance – Dance Documentation as Artistic Practice" for the first time puts an artistic and therefore new focus on dance documentation, collaborating with a new generation of artists in Berlin and Cologne. A symposium on October 16 and 17, 2015, a lab (in early 2016) and an exhibition (in June 2016) will provide students from the Inter-University Centre for Dance Berlin (HZT) and the Academy of Media Arts Cologne (KHM) as well as professional practitioners with opportunities to explore the fluid relationship between choreography, performance, and documentation.