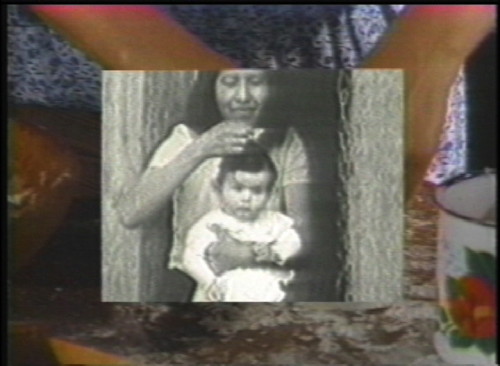 Ten Dollars Or Nothing

Ten Dollars Or Nothing is the first part of the series Daughters Have Courage; Mothers Take Heart. Centred around the voice of Josephine Charlie, a First Nations woman who worked for more than half a century in the coastal canneries of British Columbia, this tape looks at women’s working conditions in British Columbia’s salmon canneries during the 1930s. The voice of the narrator, who speaks of the challenges and pleasures of coastal life, is contrasted with fragments of documents from the archives of industrial, anthropological and government film-making. The photographs and film clips can no longer be read as authentic and multiple interpretations of historical events is suggested. At the same time, the layered images suggest more than simple deconstruction; memory is suggested as sensory, complex and physical as well as ideological.

Daughters Have Courage; Mothers Take Heart is a series of tapes about the 1930's in British Columbia. The series is a part of Diamond's Women's Labour History Project.