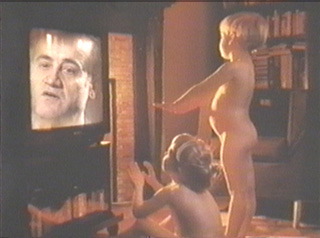 After the Bath digs past the lurid headlines to investigate this moral panic. Interviews with journalists, social workers, police officials and gay activists are juxtaposed, exposing how the police and media have manipulated terms and statistics to create the spectre of a province-wide 'child pornography ring'. In fact, only two of the first 42 men arrested were charged under the new kiddie porn law; the rest were charged with procuring (consensual) teen prostitution. Some of the hustlers and men describe how their lives have been destroyed by the front-page headlines. Sociologist Thelma McCormack wryly observes that in the nineties, intergenerational sex has become the new red-scare.