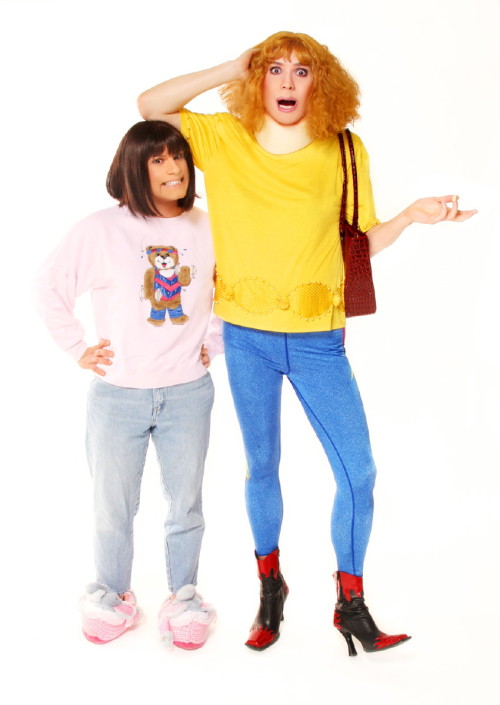 Forever single and desperate on her 40th birthday, homely Deborah Dyer (Mark Kenneth Woods) tries everything she can to “suicide herself”. But all attempts fail as fate sends her car swerving right into Sisi Sickles (Michael Venus), a recently evicted forty something promiscuous waitress.

Seeing an opportunity for a quick buck, Sisi hastily begins to take advantage of naïve Deb and is soon at Deb’s doorstep with a “broken umbilical cord or two”. Stricken with guilt, a clueless and lonely Deb postpones her self destructive plans to take care of Sisi.

Things run hilariously amok when the two women grow closer and develop the only real friendship either of them has ever had. Who needs a man, right?

Mark Kenneth Woods writes, directs and acts in his feature film debut based on characters from his hit sketch comedy television series “The House of Venus Show”. He describes his film as “something like Absolutely Fabulous mixed with John Waters and featuring something like the cast of Kids in the Hall…on crack of course.”