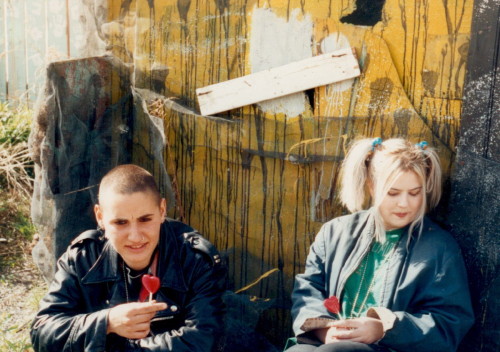 The Lollipop Generation tells the story of 'Georgie', a runaway teenager played by Jena von Brücker, and the people she meets on the "...outlying streets with no name..." At the same time, the film serves a diaristic function, documenting the people the director has met and the cities she traveled to, capturing an entire generation of underground performers. It has been described by the Buenos Aires International Festival of Independent Cinema as, "...a trip through epileptic shots of documentary ugliness that go right to the origins and essence of sexually anarchic cinema..." . However, Peter Keough of The Boston Phoenix insists, "There's a fine line between the trash of early John Waters and just plain garbage". G.B. Jones, perhaps to her credit, ignores it completely." Using Canadian reference points, Toronto's Eye Weekly calls it, "Scrappy as hell, yet often charming, it's a lost Degrassi High episode remade as an amateur porn flick and sometimes as sweet as all that candy."